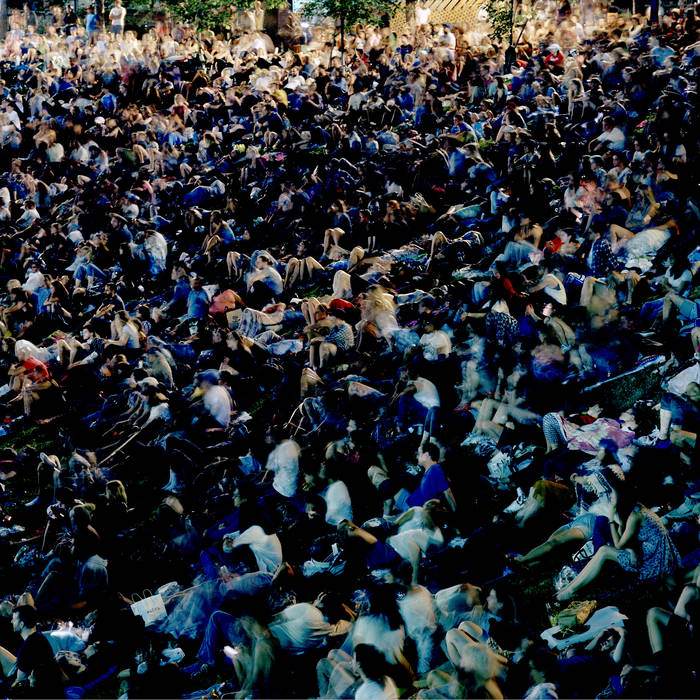 Visions was almost entirely performed and recorded in one take during an intense studio session. The record is a partly-composed, partly-improvised suite of free-flowing music intended to be enjoyed as a complete body of work. Tavares plays piano and guitar, Whitty the saxophone and flute, and the duo are joined by Julian Anderson-Bowes on bass and Matthew Chalmers on drums. The album has received advance support from Giles Peterson on his BBC 6 Music radio show.

“With this record, we made a suite of music that combines composition and improvisation from a purely emotional place. Where one starts and the other ends is constantly changing; sometimes entire sections of music are completely improvised and other times completely composed. With the areas between these two approaches blurred, the resulting hour of music has an organic quality. In the past ten years of playing together, we’ve developed an approach that's intuitive rather than intellectual. The record stretches from the extremes of the avant-garde to the gentlest moments of beauty. We hope the listener connects to the vulnerability of the performances on this immensely dynamic record", explains Tavares and Whitty.

Matthew Tavares and Leland Whitty are Grammy-winning artists and achieved international acclaim with BADBADNOTGOOD; Tavares was one of the band’s founders before amicably departing in 2019, whilst Whitty remains an active member. Beyond BADBAD, the pair’s credits include music with Kendrick Lamar, Little Simz, Kali Uchis, and Kaytranada, plus Tavares' 2018 debut solo album Déjàvu and production work for Travis Scott, Taylor Swift, Snoop Dogg, Ghostface Killah, and others.

Bandcamp Daily  your guide to the world of Bandcamp